Calories give us pleasure. That seems obvious: ice-cream, french fries, spring rolls, or halva are all in the yum category. But there is pleasure even if there is no flavor. This is a recent discovery that hints that great food goes beyond good flavor. It needs to have calories. How we can manage that requirement and not promote the rise of obesity is a challenge every cook needs to confront.

De Araujo and collaborators in the journal Neuron report on an experiment with mice that shows that the pleasure mechanism in the brain responds to the calories in food: more calories, bigger pleasures. The experiment has not been repeated with humans, but the food regulation systems of mammals are all so similar that the results must hold for us.

Through genetic engineering it is possible to create a mouse that cannot taste sweet. Sweet (together with umami and bitter) is perceived through molecules on the membranes of the taste buds cells, but for the signaling to work the cell also needs some ion channels. The genetically modified mouse is created by removing the chunk of genetic material that makes those helpful ion channels from the mouse’s DNA. Scientist call them knock out mice.

To be double sure the knock out mice don’t have a sweet tooth, the scientists put mice that have fasted for a day in a cage with two sipping bottles: one with water and another with sugary water. Regular mice will sip around 500 times between both bottles in a half hour session, but three time more often from the sugary water than the knock out mice with the missing sweet tooth. (No graduate students were harmed counting licks, as a lickometer was used.) The same test can be done with an artificial sweetener, sucralose (often sold as Splenda), and regular mice prefer the sweetened water and the knock out mice continue not caring.

After the scientists are convinced that the knock out mice cannot taste sweet and that the mice know how to use the sippers, they tested the bottle preferences of the mice for 4 days, switching the position of the sippers each day. The knock out mice with no sweet tooth preferred the water with sugar, but not the water with Splenda. The regular mice preferred sweet water (sugar or Splenda).

Not satisfied, de Araujo and friends went on to check the release of dopamine in the brain of the mice. Dopamine is a small molecule used in the brain to reward desirable behavior. They concentrated on the nucleus accumbens (NA) and the ventral tegmental area (VTA), two small regions in the middle shell of the mammal brain that are at the core of the reward circuit. The VTA receives information from around the brain. If things are going well, the VTA informs the NA by releasing dopamine. The NA then informs the motor control and attention focusing regions of the brain that whatever they are doing gives pleasure. For Araujo’s knock out mice, pleasure was drinking water with calories. 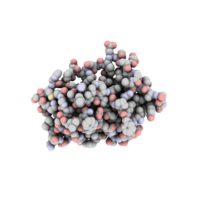 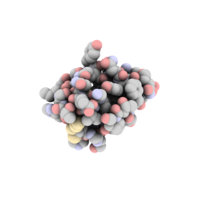 Araujo and collaborators observe that if a knockout mouse has never seen the cage with the two sippers it goes for either just as often. As soon as it drinks calorie-rich sugar water, its brain releases dopamine, but its choice behavior does not change in the first session. That means that the reinforcement for preferring sugar water starts immediately, but the mouse only changes its actions after some learning time. For the regular mice, the flavor was sufficient to release the dopamine and the presence of calories does not increase the amount of dopamine released.

We create associations between flavor and calories. It’s not yet clear if calories or flavor alone can do it, and cooks may be able to play with these associations. My guess is that a few days to maybe two weeks is all one needs to have the reinforcement manifest itself as behavior. Seth Roberts, once a professor of psychology at Berkeley, has authored a best-selling diet book on the associations between flavor and calories. Roberts has suggested a model of how mammals set their weight. This model is the basis for his diet and Araujo’s work just added a bit more support to it.